On 19.10.2022 in the Konzerthaus Berlin for the twelfth time the „Rotthaus KlinikAwards“ for particularly innovative projects in the field of hospital marketing. The award-winning hospitals also include Magdeburg University Hospital with the project „Entdecken Sie Ihr Pflegepotenzial“ in the category "Best Career Paths and Personnel Development. The project was an online self-test in which participants were asked 33 questions to determine their potential for seven different areas of nursing work. 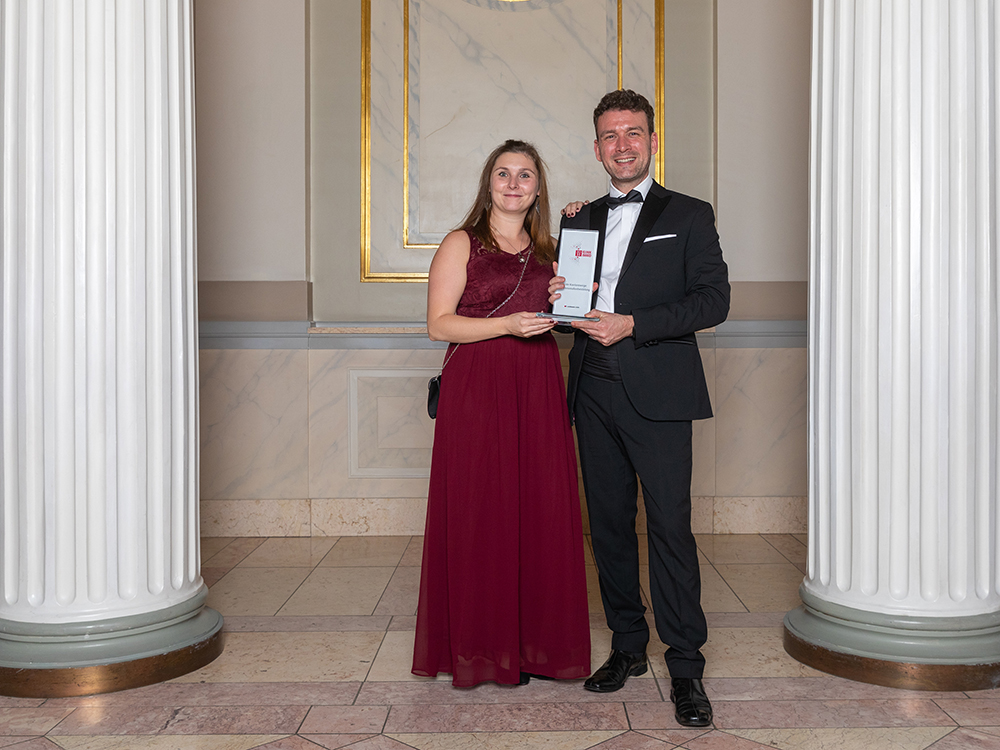 Nicole Voß, Head of Human Resources Development, and Dr. Stefan Waßmann, an occupational psychologist from the Human Resources Development department, were able to convince both the jury and the congress participants of the special quality and benefits of the self-test. The goal of the potential analysis is to retain personnel in the long term through clear perspectives and structured career paths. Nursing Director Christine Michelfeit-Schaper provided significant support in the work on the project. But the successful implementation would also not have been possible without the help of the numerous nursing staff from a wide range of areas who took part in the requirements analysis workshops underlying the potential analysis in 2021.