The German Research Foundation (DFG) is funding the interdisciplinary Research Training Group 2408 "Maladaptive Processes at Physiological Interfaces in Chronic Diseases" at Otto von Guericke University Magdeburg with 5 million euros for another four and a half years until 2027. The aim of the research is to identify new targets for potential therapies against inflammation, chronic diseases and cancer.

Chronic diseases pose a major threat to health. Ageing is causes chronic diseases to increase, and with them the burden on healthcare systems. In the Research Training Group (RTG) 2408 "Maladaptive Processes at Physiological Interfaces in Chronic Diseases", established in 2018 at the Medical Faculty of Otto von Guericke University Magdeburg, more than 30 doctoral students from the natural sciences and medicine as well as researching physicians are working closely together to investigate the question of which molecular processes in the communication between individual cells play a decisive role in the development of inflammation, chronic diseases or cancer. 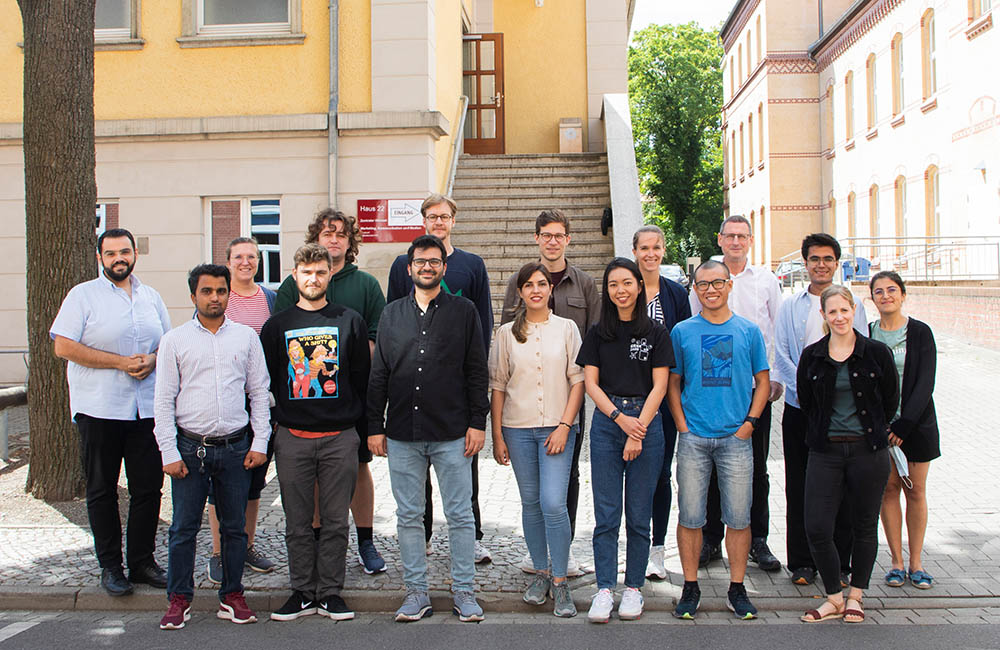 Photo: In July 2022, some of the PhD students of the RTG 2408 met for a scientific exchange during a colloquium in Magdeburg. Photographer: Sarah Kossmann

"The extension of the funding is a great success for our Magdeburg research focus on immunology and inflammation research as well as for the interdisciplinary promotion of young scientists at the University of Magdeburg," says Prof. Dr. Michael Naumann, spokesman of the RTG. "This will not only allow us to continue excellent basic and patient-oriented research in projects that have already begun, but also to provide the best possible support for our young scientists on their career paths with a qualified training program at a high professional level." The first funding phase of the research group has already produced a large number of scientific results, which have been published in 44 international journals.

In the future, research will continue to focus on elucidating the mechanisms and finding potential therapeutic targets within aberrant processes of communication within and between cells in different organ systems. Disturbances in regulation and function at physiological interfaces in gastric, intestinal, hepatic and biliary inflammation, as well as chronic inflammation of the skin, cardiac ("heart") and renal diseases, asthma and leukemias will be investigated. Interfaces are barriers such as skin, mucous membranes or even vessel walls. "In pathological processes, the communication of cells at interfaces is disturbed and, for example, there is uncontrolled release of messenger substances that attract inflammatory cells and can cause severe diseases," explains Prof. Naumann. "We are investigating these complex mechanisms of interaction between cells in order to find out at which points the process can be stopped or even reversed. To do this, we use the diversity of competencies from basic and patient-oriented research."  State-of-the-art cell biology methods and technologies such as organoid/spheroid cultures from human and animal tissues as an alternative to animal experiments, high-resolution imaging such as 3D imaging, two-photon microscopy, metabolomics and microfluidics play an important role. "For the young scientists, we thus offer an excellent environment for creative and innovative research," says Prof. Naumann.

There are close collaborations between the GRK and other institutions of the University of Magdeburg: with the Center for Dynamical Systems (CDS), the GRK 2413 "The Aging Synapse", the Collaborative Research Center 1436 "Neural Resources of Cognition" as well as with the Graduate Academy for the promotion of young researchers. In addition, the college also collaborates with the Helmholtz Centre for Infection Research in Braunschweig.

Research Training Groups are institutions for the promotion of young scientists, which are funded by the German Research Foundation (DFG) for a maximum of nine years. The focus is on the qualification of doctoral candidates within the framework of a thematically focused research program and a structured qualification concept.