"Time is ticking for everyone concerned".

Neuroscientists at Magdeburg University Medical Center are supporting the Little Victories Ride from Berlin to Brussels with the goal of advancing research in the fight against Parkinson's disease and other neurodegenerative disorders.

Magdeburg University Hospital was a stopover on the Little Victories Ride bike tour from Berlin to Brussels at the beginning of September. The initiator is the YUVEDO Foundation, which is committed to fighting Parkinson's disease.  Prof. Dr. Aiden Haghikia, Director of the University Hospital for Neurology Magdeburg, welcomed the group together with neuroscientist Prof. Dr. Emrah Düzel, Director of the Institute for Cognitive Neurology and Dementia Research at Otto von Guericke University Magdeburg and site spokesperson of the German Center for Neurogenerative Diseases (DZNE) at Magdeburg University Medical Center. The scientists gave the group of affected people insights into neuroscientific research on Parkinson's disease and dementia at the Magdeburg site. 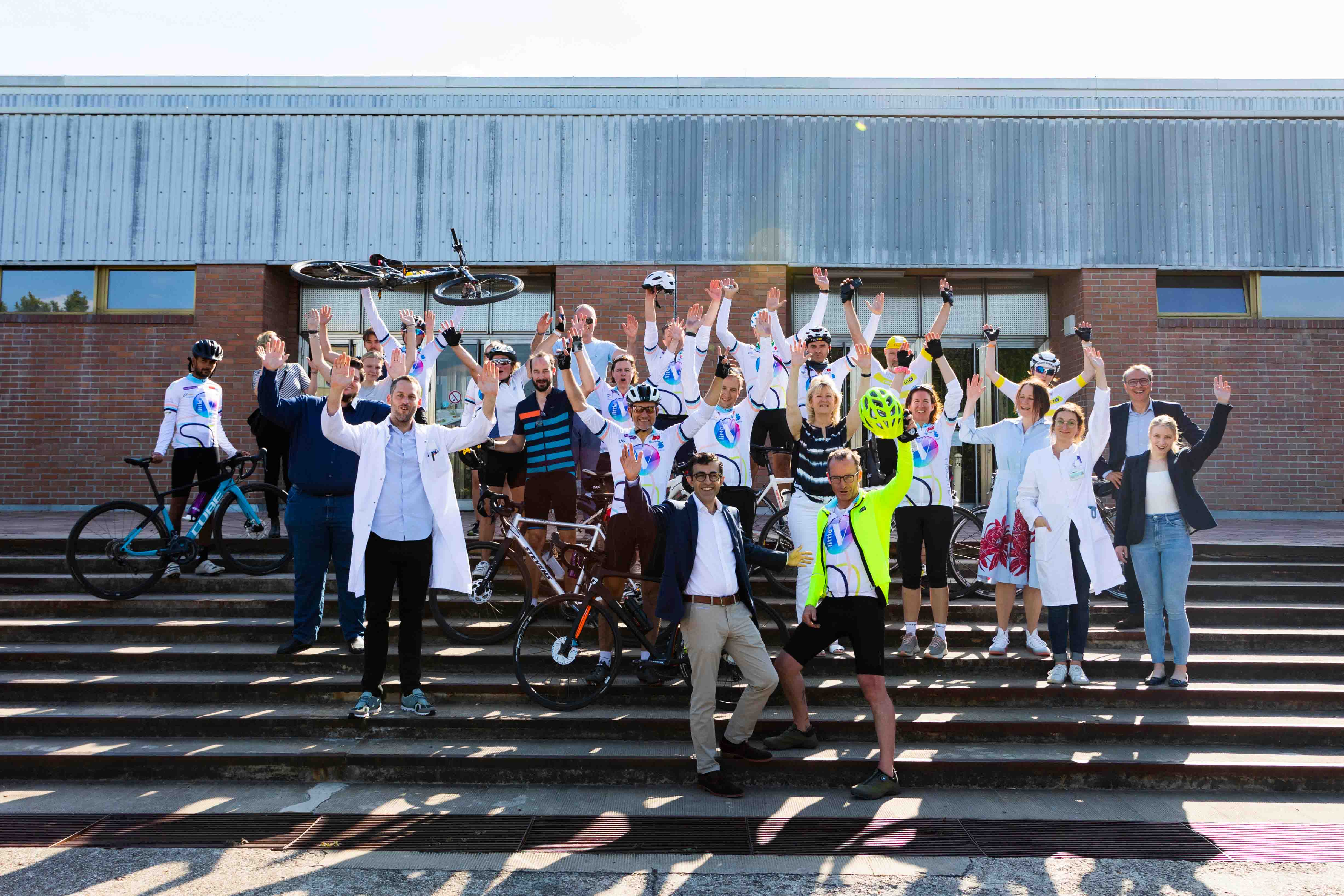 The initiative around co-founder and board member of the YUVEDO Foundation Dr. Jörg Karenfort has set itself the goal of mobilizing as many people and responsible persons as possible for the topic on the 750-kilometer tour and thus to further advance Parkinson's research throughout Germany. Karenfort explained, "Time is ticking for everyone affected. The more people and responsible parties we can convince of the fight against Parkinson's along the way and the more donations we can collect, the closer we will get to our goal of having developed the first effective therapy by 2032." Prof. Haghikia supports this effort and stated, "I am very grateful for this opportunity to share. Parkinson's remains a disease we barely understand, and is far more than just a movement disorder. It affects all functions of the brain. The cause was long thought to be in the brain. We can now say that this is probably only the final stretch of the disease and that one of the causes may be found in our gut and certain metabolites of our diet in interaction with the microbiome. The important thing now is to be able to study the findings of our research in a scientifically sound way in larger cohorts and then develop new innovative therapies."

Karenfort was impressed by the expertise and technologies of the Magdeburg site. Among other things, Prof. Düzel presented the work of the DFG-funded neuroscience Collaborative Research Center 1436 at Otto von Guericke University Magdeburg together with the Department of Neurology and the neighboring Leibniz Institute of Neurobiology and other partners. There, an interdisciplinary team from the fields of medicine, biology, biochemistry, psychology, physics and pharmacology is addressing the question of how the brain's cognitive potential can be mobilized, increased and maintained. Prof. Düzel explained, "In doing so, we aim to identify new ways to tap and preserve neural resources across the lifespan with targeted interventions." Powerful, high-performance magnetic resonance imaging (MRI) scanners, such as the 7-tesla MRI and soon the world's first 7-tesla connectome MRI, also play a crucial role. This will allow the innermost architecture of the brain and its plasticity in humans to be recorded with unprecedented resolution.

Parkinson's disease, also known as PD, is the second most common neurodegenerative disease after Alzheimer's disease. In Germany, about 400,000 people currently suffer from Parkinson's disease. Worldwide, there are 10 million people affected. The disease, in which nerve cells of the brain are damaged, is currently considered incurable. Symptoms include movement disorders such as tremor, stiffness of the muscles (rigor), slowed movements (bradykinesis), as well as many non-motor disorders, such as olfactory, intestinal movement and balance disorders. In addition, mental impairments may occur, including impaired cognition.

Further information on the research projects